While installing Cumulative Update 14 (CU14) on one of my Exchange 2016 servers it failed at step 10 (Mailbox role: Transport service) with the following error:

An unexpected error occurred while modifying the forms authentication settings for path /LM/W3SVC/1.  The error returned was 5506. 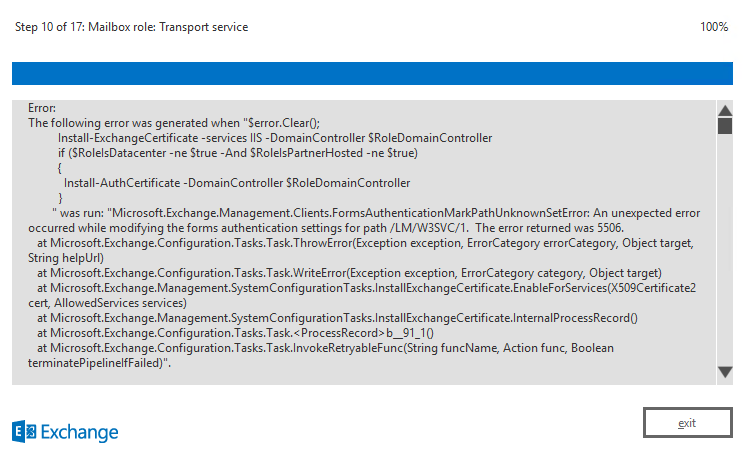 Simply exiting and rerunning it didn’t help, as suggested in some forums I found while searching.  It’s clearly certificate related and odd that it completed successfully on other servers in the environment.

Frustratingly, this left the server in a completely ruined state.

I won’t detail all the things I tried that failed but in the end I was able to get past this error by removing the HTTPS bindings on the Default Web Site in IIS.  I then had to recreate them afterwards (one for webmail.mydomain.com and one for autodiscover.mydomain.com).